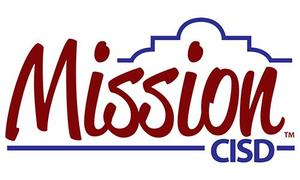 For the first time all schools and districts are being rated using a new A-F system.

Districts will have an opportunity to appeal any of the ratings released today before they become final later this fall.

Mission Consolidated Independent School District (CISD) has received a “B” in the ratings. This is the second year districts have been rated using a letter and the second year Mission CISD has been close to earning the highest possible, “A”. In school progress, Mission CISD was rated a 92, which is 70% of the overall score, and a 78 in Closing the Gaps, which accounts for 30% of the district's score, resulting in a “B” rating.

Six Mission CISD schools have been assigned an  “A” rating. Eleven schools received a “B” rating. While 4 have received a “C” rating.

“I am pleased we have continued to show growth in the areas used to make the complicated calculations to arrive at the school and district ratings,” said Dr. Carol G. Perez. “This past school year has been one of transition and reflection for Mission CISD and we are now laser focused on our curriculum, instructional practices especially in special programs, and alignments. We want to make sure we are targeting higher levels of learning for all our students so they are not just prepared for a state standardized test, but for college, careers, or the military.”

Dr. Perez, stressed that the schools of Mission CISD are doing well and are academically strong. “We know that our students and schools are more than just a standardized test score and will continue to develop the whole child as we challenge them academically.”

Ratings are based upon “grades” given in each of three different areas or “domains”. Those areas or domains are: student achievement on the STAAR, school progress, and closing the gaps which includes college and career readiness data. 70% of the school/district final ratings are based on the best score from the first two domains. 30% of the rating is based on how the school/district is closing gaps in student achievement.

An overview of the Mission CISD ratings are available online at: https://txschools.gov/districts/108908.

You can look up detailed accountability ratings information for any school or district through the TEA website at, https://txschools.org/.

Resources explaining the accountability system are also available through the TEA website.