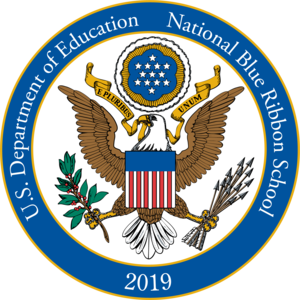 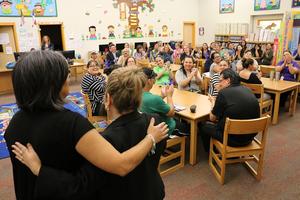 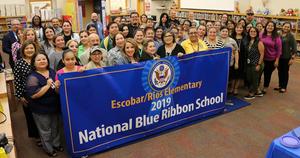 Escobar/Rios Elementary is one of a select group in the State of Texas to earn this national recognition this year.

“This is outstanding news,” said Dr. Carol G. Perez, Mission Consolidated Independent School District (CISD) superintendent.  “This reflects the hard work and dedication of the students and staff at Escobar/Rios. Going through the nomination process can be a very daunting task.  I am proud they stuck with it.”

The Blue Ribbon Schools Program was established by the Education Department in 1982. For 37 years the Department has bestowed this coveted award on more than 9,000 American schools. A total of 312 public schools and 50 non-public schools are being honored this year. National Blue Ribbon Schools represent the full diversity of American schools: public schools, including charter schools, magnet/choice schools, Title I schools, and non-public schools, including parochial and independent schools. They are urban, suburban, and rural, large and small, traditional and innovative, and serve students of every social, economic, and ethnic background.

Escobar/Rios Elementary School was one of 26 schools in Texas nominated for National Blue Ribbon School honors in January of this year by the Texas Education Commissioner, Mike Morath. Nominated schools then complete a rigorous application process through the U.S. Department of Education. The campus will be recognized at the Blue Ribbon Schools awards ceremony in Washington, D.C. in mid-November.

Pictured are members of the Escobar/Rios Elementary School staff and Mission CISD administration after learning the campus was officially named a 2019 National Blue Ribbon School.