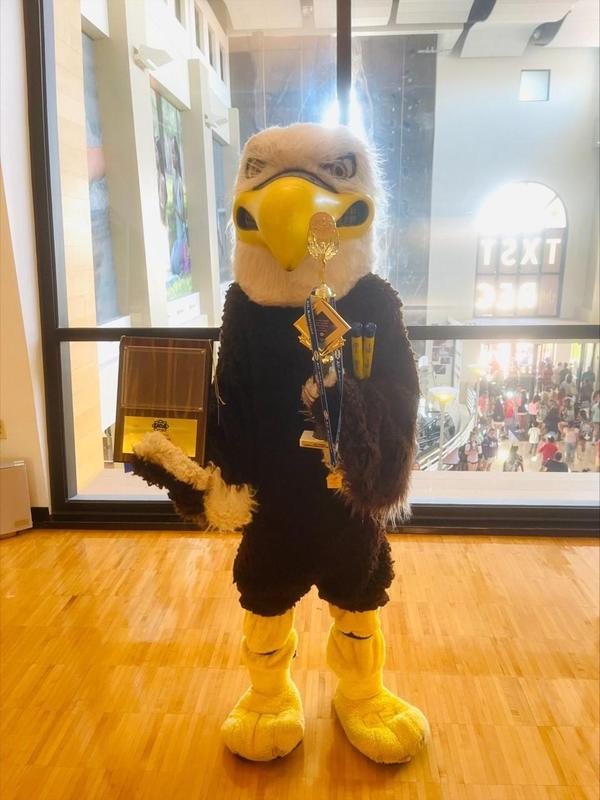 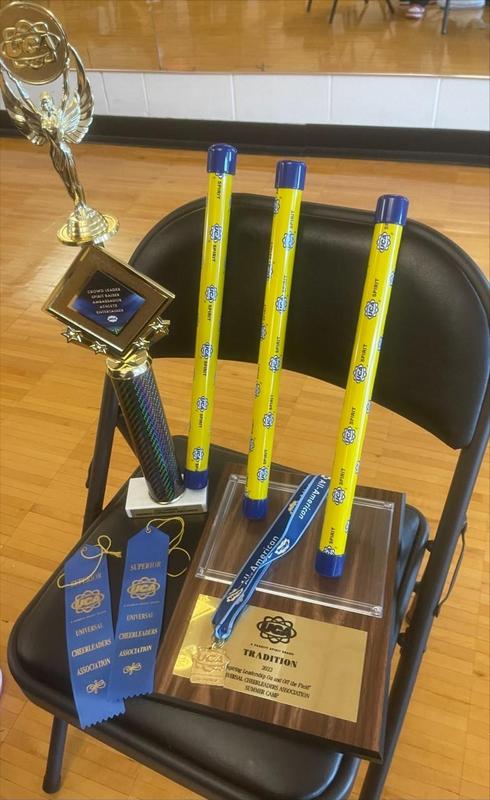 MHS senior, Luis Medina, also known as Eli the Eagle earns several awards at UCA Cheer and Mascot Camp. He has also been extended a very special offer from the UCA.

He earned two superior ribbons for field walks, three spirit sticks on three consecutive days, Inspiring Leadership On and Off the Field Plaque, selected as overall Reserve Champion Mascot at the camp, and was named UCA All-American Mascot.

“I really didn’t expect it and receiving the awards made the whole experience that much better,” states Luis Medina, MHS mascot. At first, I didn’t want to go to the camp but once I got there it was so much fun and I learned a lot.”

Due to his spirited nature, outstanding skills, charisma, determination, and leadership, Eli the Eagle was extended an offer. The UCA has asked him to become a UCA staff member upon graduation. Eli the Eagle still has many high-spirited days ahead of him since he will be taking up the UCA on their offer.

“I’m really excited that I was invited to join the UCA staff for next year’s summer camp,” states Medina. “It’s a great feeling to know that I have this opportunity waiting for me.”

Medina is not only Eli the Eagle, but he is also very much involved in other activities such as basketball, water polo, diving, and track. His true passion is basketball and hopes to sign with a university to continue playing the sport that he truly loves. It is evident that he is multi-talented and would be successful in any path he chooses to take.