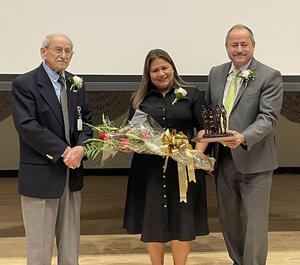 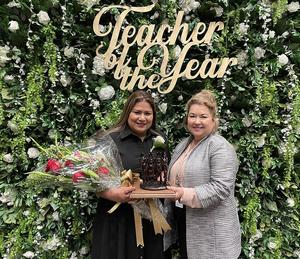 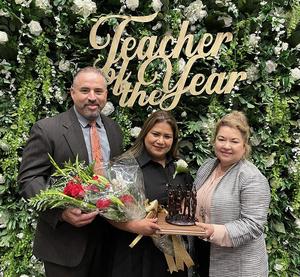 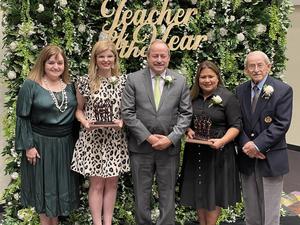 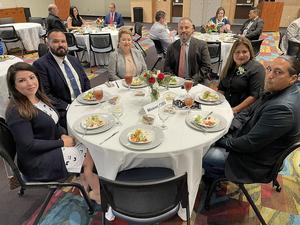 During a special banquet honoring 41 teachers of the year from throughout the Region One area, officials announced Maria Mascorro-Dominguez as this year’s Region One Elementary Teacher of the Year.

Mascorro-Dominguez is currently a first grade bilingual teacher at Marcell Elementary School and has been teaching for 15 years; all of which have been at Marcell Elementary School. During those years, Mascorro-Dominguez has not only been making a difference in the lives of her students, but she has been serving as a role model for students and fellow educators. She has recently transitioned into a literacy interventionist position where she will have the opportunity to contribute to student and campus success. She has also served as a peer coach. Mascorro-Dominguez believes that building relationships with parents and students to better understand their academic and cultural backgrounds is essential to providing instruction that is relevant to students’ lives.

Teacher of the Year nominees submitted an application consisting of essay questions asking nominees to describe a lesson or unit that defines them as a teacher, describe a project or initiative that has contributed to the improvement of overall school culture, an explanation of how they ensure that education transcends the classroom, what they consider to be a major public education issue, and finally, as a spokesperson for the profession what their message would be to teachers, students and to the public.